A lot of sources will tell you not to get started with airsoft, at least competitively, with a spring-operated airsoft gun. Unfortunately, a lot of airsoft rifles, including airsoft sniper rifles, are lumped into that category. 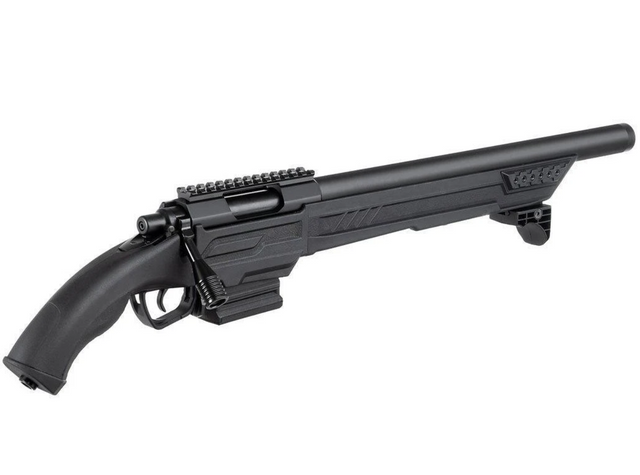 The reason that a lot of people will argue against spring-operated airsoft guns is that they have some glaring deficiencies when it comes to competitive play. Some of them are very tough pieces of equipment and have some really high muzzle velocities, but the fact of the matter is that they are slow and cumbersome to operate. The best of the best spring rifles are stone-age slow compared to even the slowest electric or gas airsoft guns.

However, we did explicitly state that it is unfortunate that airsoft sniper rifles are lumped into that category of airsoft guns that “players shouldn’t start with.” That’s because sniper rifles are basically the exception to the rule.

Think of it this way; infantrymen don’t go into battle with single-shot rifles, or even with repeaters. They meet engagements equipped with semi-automatic rifles, which AEGs are designed and developed to replicate. However, that is not the only face of combat. There are other supporting roles; some members of the military do not travel similarly armed, and others carry vastly different arms. Consider the main tool of a sniper, which (after his brain) is a bolt actuated rifle.

To snipers, accuracy, distance, power, and the mental faculties to master these traits, are much more valuable than the quick follow up shots that an AEG is designed to offer. In that manner, a bolt action spring sniper rifle is a much more powerful, much more useful, tool in the field than an AEG. if you specifically intend to join a match or a team and fill the role of a reconnaissance player or a sniper, then you can disregard what you may have previously read about spring-operated airsoft guns in the past.

Now, granted, this article’s purpose is in no wise to convince you to head into an engagement or a CQB scenario with nothing more than a spring-operated airsoft gun. It’s just that for an airsoft sniper rifle, this is the best action.

Spring airsoft guns can be made extremely powerful, and they can reach some of the highest if not the highest muzzle velocities in modern airsoft guns. Some of them scrape at the underside of 500 FPS, which is blazing fast for an airsoft gun. In addition, because of their relatively simplified internals, the frames and receivers of these types of airsoft sniper rifles can be made nearly bombproof. They can be made with full metal or metal and polymer frames which can take a beating and keep on delivering.

Also, not that a spring-powered airsoft gun is inherently more accurate than an AEG or a gas gun, but airsoft sniper rifles do tend to have adjustable hop-up systems to increase their range. Even if the accuracy is not there out of the box, it and the range can be tweaked by you (or a specialist) in order to bring you the performance you will need in the field.

So there you have it – spring powered guns are neither useful nor obsolete. You simply need to know when and how to use them. If you’re interested in learning more about the general purpose and utility of bolt action airsoft sniper rifles or simply want to investigate your options, visit MiR Tactical at MiRTactical.com. There, you’ll find some of the best airsoft guns in the same, with plenty of options from Elite Force, Valken Arms, VFC Avalon, Tokyo Marui, JAG Arms, and many others. Visit their website to learn more, or give them a call at 800-581-6620.